Update, 04/2015: Save yourself the time and effort of manually configuring your VPN as shown here. Use one of the newer obfuscating and self-configuring VPNs that are shattering censorship barriers. You no longer need to manually pick through server lists, set up obfuscation, and do the tedious task of starting a VPN session. Tools like Psiphon and Bitmask will do it all for you in mere seconds. 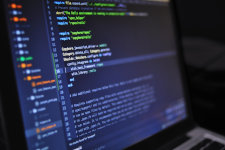 Make your web sites super fast on a Linode VPS

The list of VPN user tips geven here have developed out of experience traveling to many countries and using VPN services to maintain connectivity to sites and services in the webmaster's home country. In particular, using the internet in China has been a struggle. Rather than adapt to barriers like the Great Firewall of China, the webmaster has chosen to fight the internet censorship. Suggestions given below are considered effective means of using VPN conventional services in non-permissive environments.

Here are some common ports with enough traffic to make your presence harder to detect:

Other randomly chosen ports between 1025 and 64000 will work as long as your firewall will permit the traffic and the remote server is configured to accept data on that port. Here is a very good list of ports and applications.