It was a pleasing sight to find this governmental pledge in the news. Amid the loud rhetoric from far right authoritarians arguing for more and more abuses by the state, there was a declaration from the USA and 60 other countries in favor of an internet which works for you and me. See the whole two hour presentation in the embedded video below. 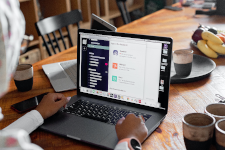 Make your e-commerce site super fast on a Linode VPS.


Watch the USA officially sign on to the Declaration for the Future of the Internet. Listen to National Security Advisor Jake Sullivan's opening remarks, then ministers from several countries who were virtually connected.

Named the Declaration for the Future of the Internet, it is a non-binding word soup of ideas (read as, "unwilling to back by force") statement asserting several principles which I would be so happy to see adopted globally. Watch the two hour video presentation to better understand the heart of the effort.

Autocrats and kleptocrats are threatened by connectivity among the people. They also seek to victimize internet users with disinformation and cybercrime. The DFI recognizes certain threats:

The vision of signatories for protecting and improving the internet. Technologies should...

Lawmakers and government executives on the far right are in opposition to the DFI's principles. Look at the proposed internet regulations proposed by the right in the USA, Canada, UK, and France. For every word about fighting censorship, there are words calling to punish political or religious expression which is left leaning. Be aware that knives cut both ways. One day it is them; tomorrow it is you (and me).

Certainly, the big authoritarian countries are not on board, having made plenty of recent statements AND ACTING FORCEFULLY in furtherance of "internet sovereignty." Look at which countries require user data to be retained within their borders, require a state issued SSL certificate in web browsers, block press and social media websites, and restrict access to VPNs.

I will make a suggestion. Continue to use and support end to end encryption, VPNs, hardened operating systems, and web browsers which respect privacy. This era of word games is so irritating; my method of coping is to do more work on things like MOFO Linux and promote all of the liberation technology I can find.